She towered over New York’s fashion district, 2.5 metres tall and naked, in a billboard ad urging people to “leave wool behind”. She consistently informs her over 1 million followers about the importance of eating vegan, ditching leather, and only ever adopting, never buying, companion animals. She’s Stefania Ferrario, and she’s PETA’s 2021 Person of the Year. 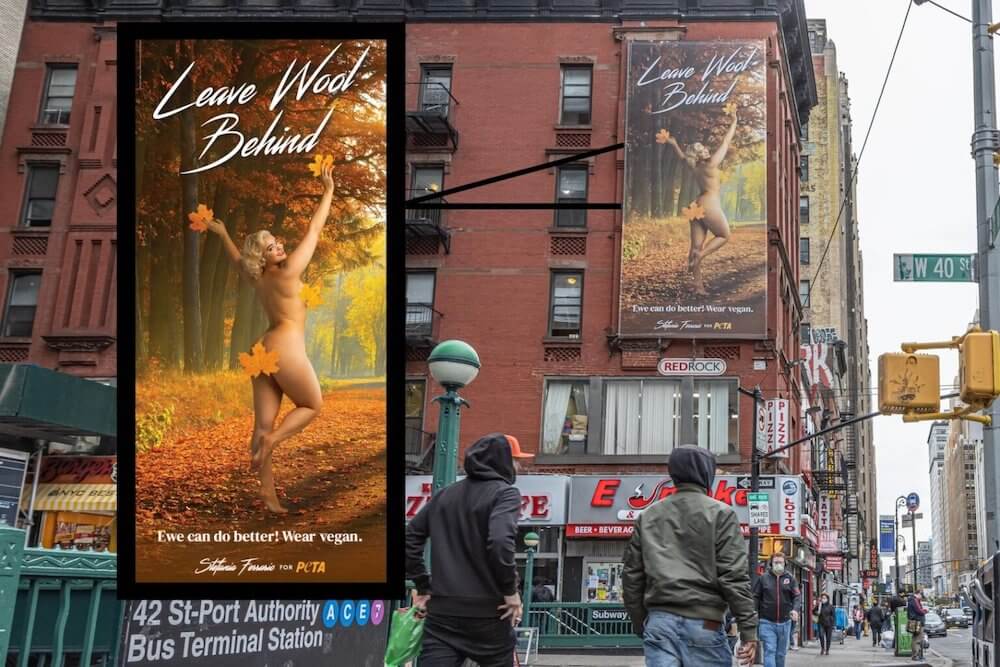 This year, Ferrario famously posed naked for PETA in a cheeky autumnal ad that encouraged shoppers to leave wool out of their wardrobes. In an accompanying video, the body-positive activist, who has a no-wool clause in her modelling contracts, spoke about the abuse of sheep documented in shearing sheds in Australia and beyond. 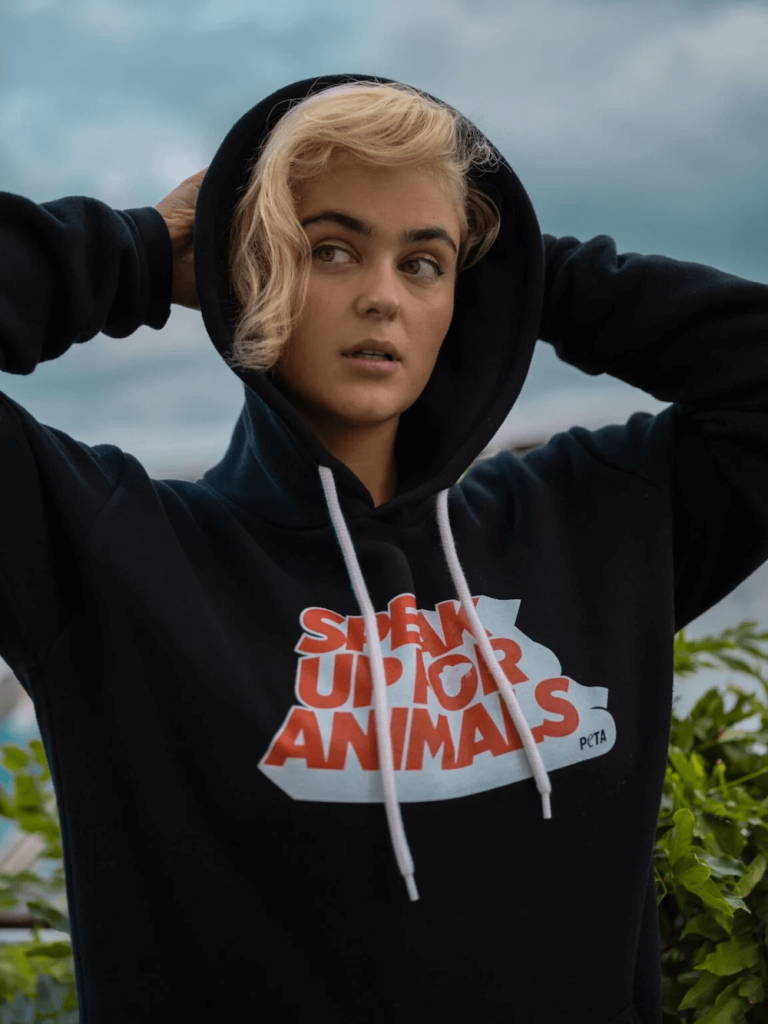 “Stefania is as tireless as she is glamorous when it comes to speaking out against speciesism,” says PETA campaigns advisor Mimi Bekhechi. “Whether she’s putting vegan leather in the limelight or urging people to leave animals of their plates, Stef never misses an opportunity to show people that vegan fashion and food are kinder to animals and the planet we share with them.” 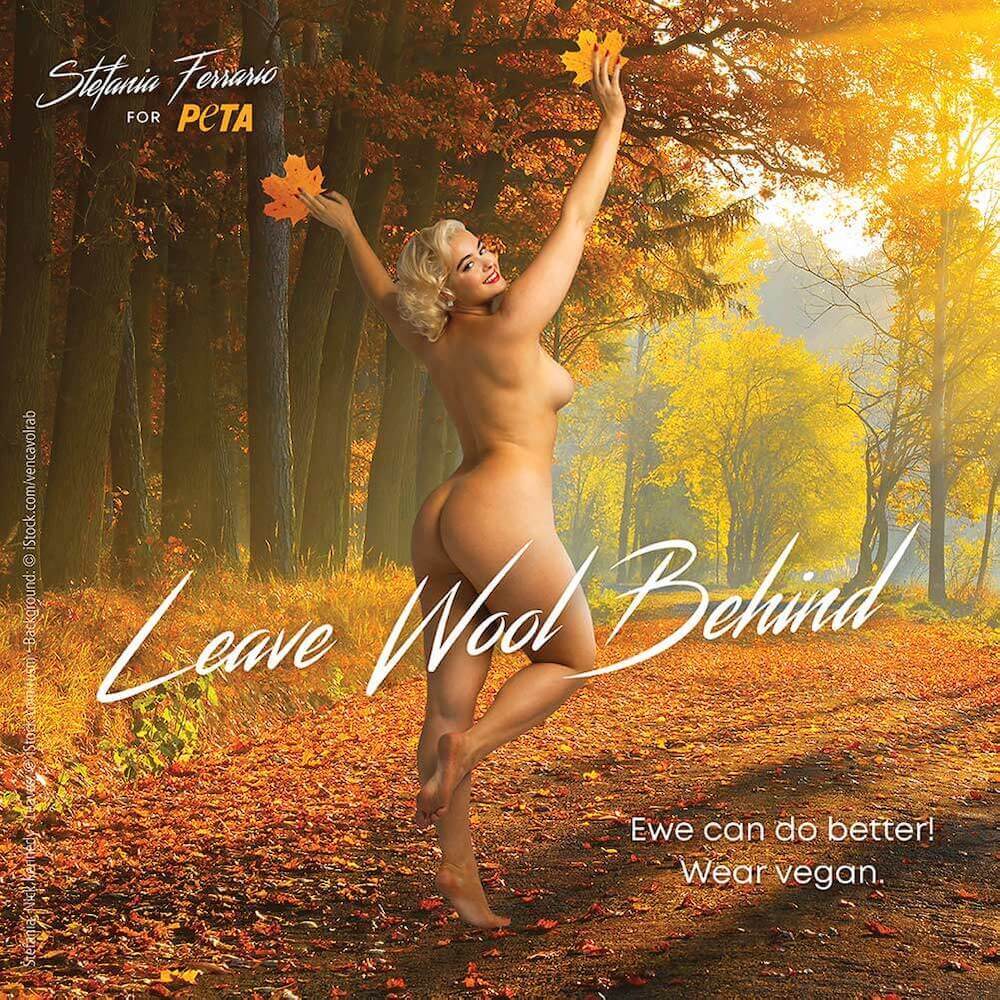 PETA – whose motto reads, “animals are not ours to experiment on, eat, wear, or abuse in any other way” – opposes speciesism, a human-supremacist worldview. For more information, please visit PETA.org.au or follow the group on Facebook or Instagram.